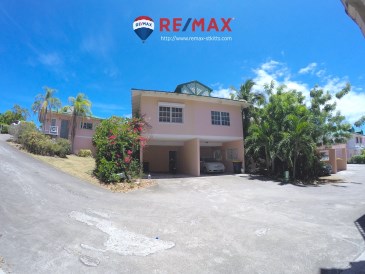 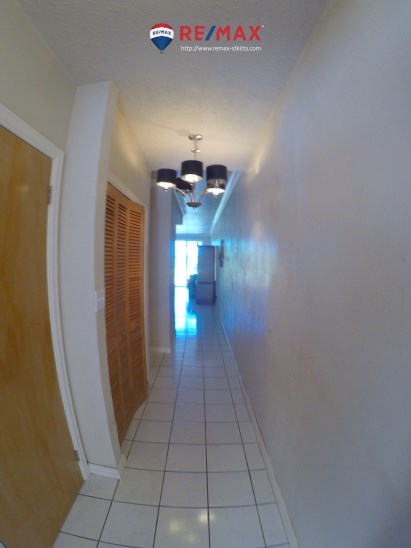 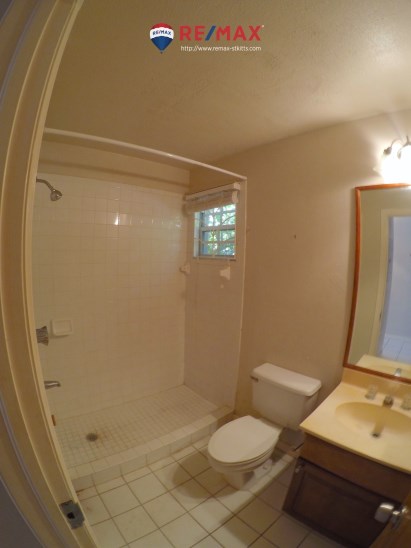 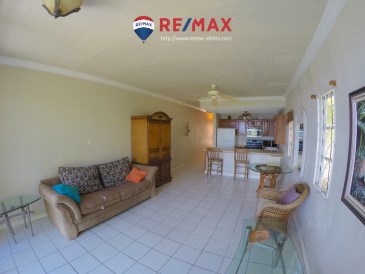 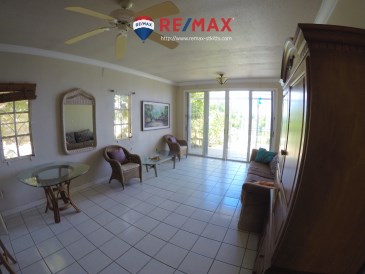 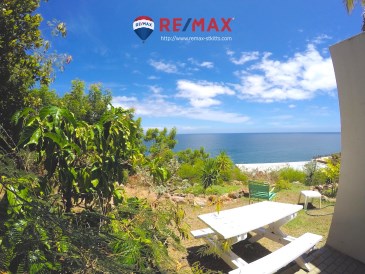 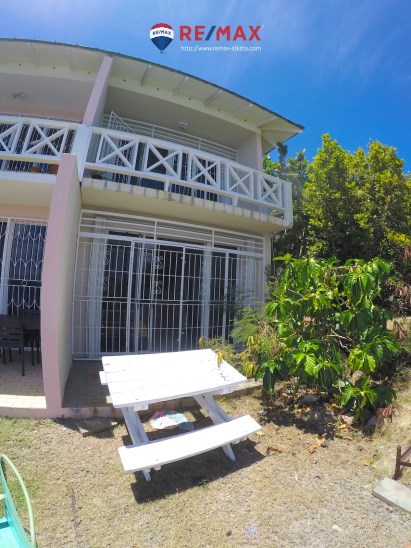 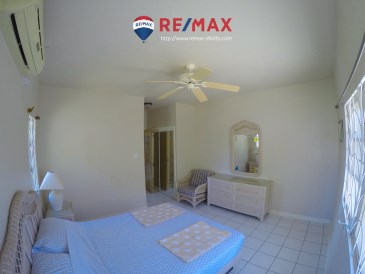 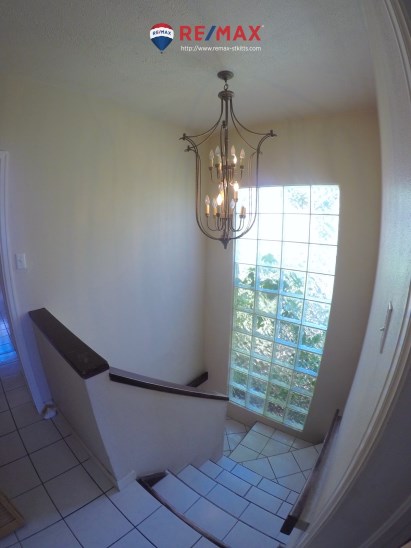 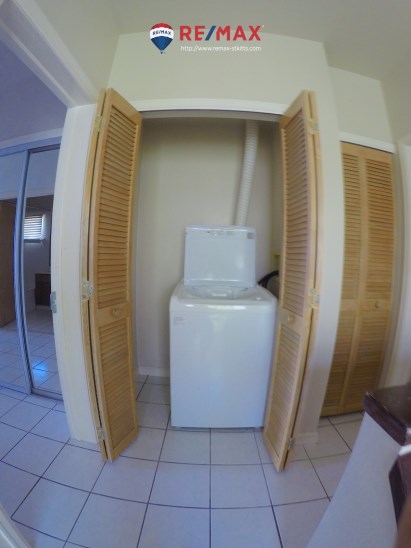 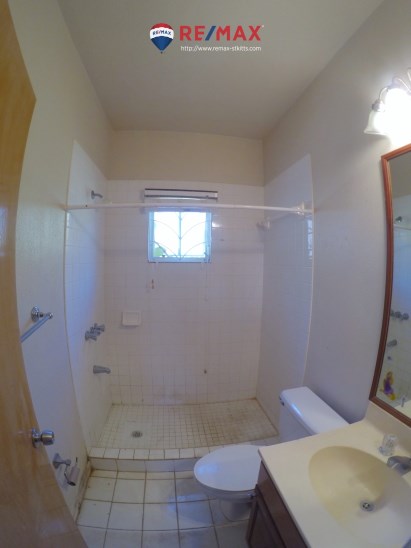 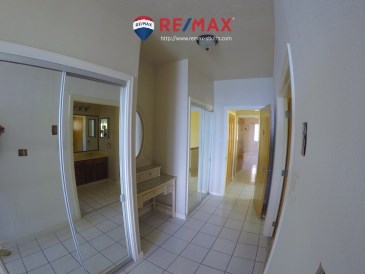 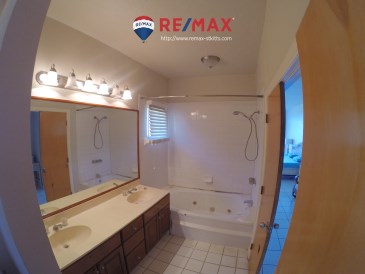 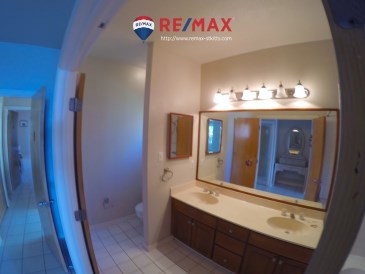 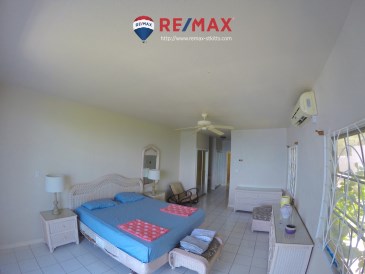 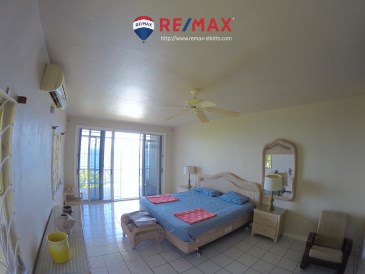 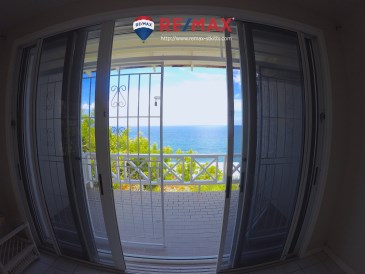 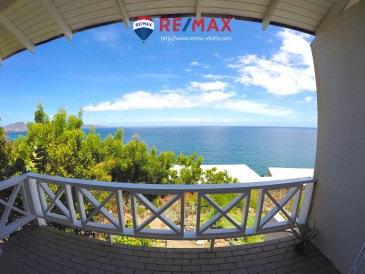 The duplex is just seconds away from Marshall's Restaurant, tucked away in a quiet cul-de-sac in the middle of one of the most sought after residential areas of Frigate Bay. Built on "level 2" of the Horizons project, the apartment has breathtaking views of the Caribbean Sea from the garden.

The bedrooms are located upstairs, each with their own private bathroom, the guest bedroom has windows on two walls allowing a nice breeze and good light into the room. The master bedroom has windows on one wall and a large patio facign the Caribbean Sea again allowing ample cool breeze and loads of light into the room. Both bedrooms have their own ACs for those hot nights.

Downstairs is a third bathroom, storage under the stairs, the kitchen and livingroom. Outside of the livingroom is a second patio which opens out to the garden and the Caribbean Sea beyond.

The apartment is fully furnished, with new appliances and new windows.

This property is a great place for a small family, it has all the amenities you'd ever need and loads of storage to boot, but if that's not what you're looking for, it also makes for an excellent investment opportunity, offering nearly a 10% ROI through rental possibilities with a vibrant rental market. 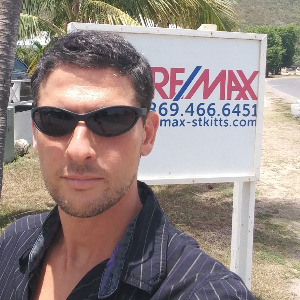 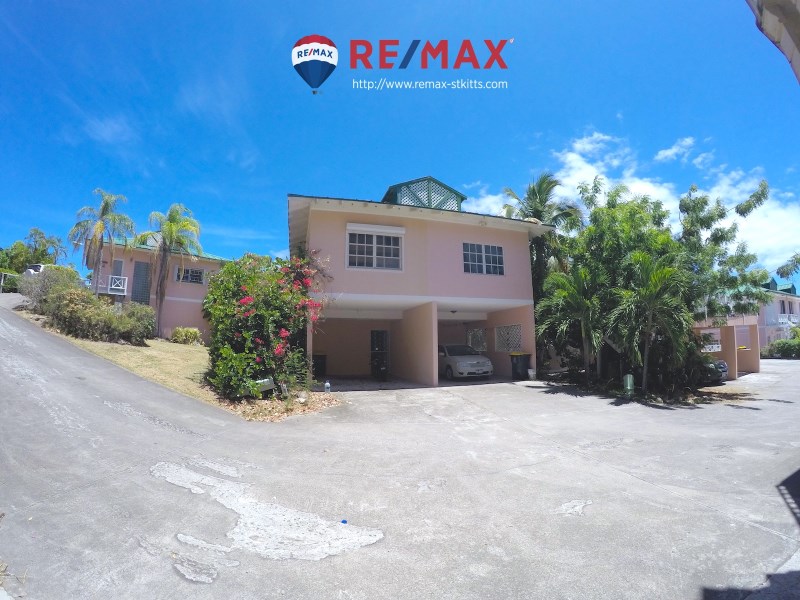 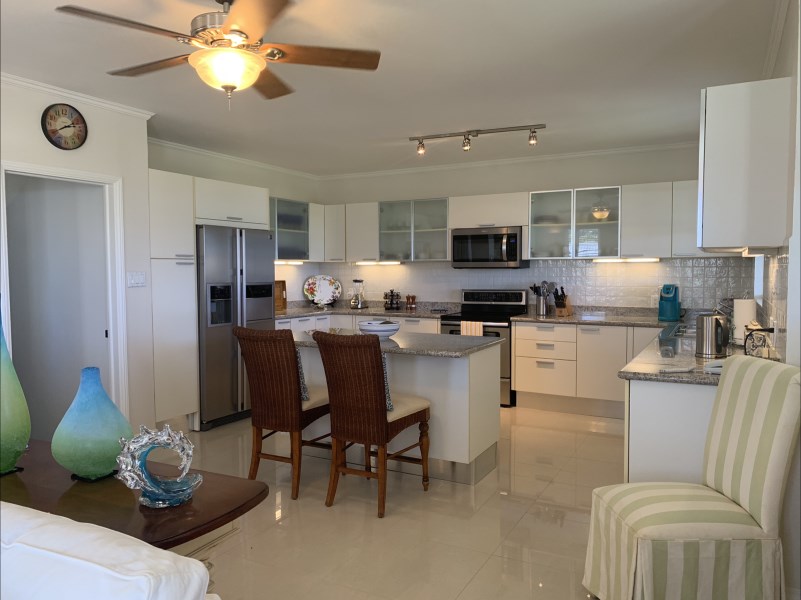 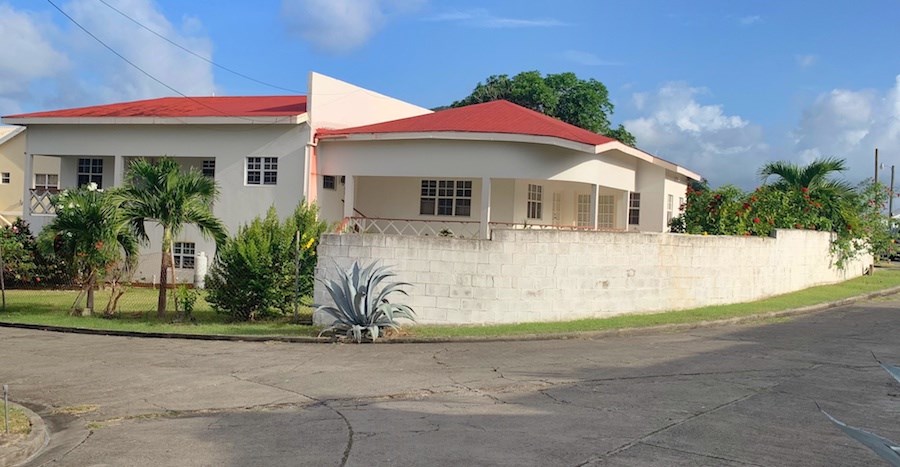